Amazon is one of the biggest players in the field of online marketplaces, but it seems that this title is not enough. Rumors on the Internet say that Amazon is currently looking to make its entrance into the field of gaming, as some leaked photos show a prototype of what seems to be an Amazon-branded game controller.Despite the fact that there are no official statements regarding this product so far, closely inspecting the leaked photos allows us to make a pretty clear idea of what to expect from the upcoming Amazon game controller.

So the Amazon controller has the classical 4-way directional key, the ABXY action buttons and two analog sticks – nothing impressive so far; until you notice the additional buttons, that is.

In the center of the controller you will see three buttons which should be quite familiar if you’ve ever used a smartphone: back, home and menu. This is the first and most obvious indicator that Amazon’s game controller will have something to do with Android, as these buttons are the same buttons you normally find on pretty much any android-powered device out there, and while the first tendency is to conclude that the Amazon controller will be just another game controller for Android smartphones and tablets, there are a few additional buttons that contradict this theory.

Located on the bottom edge of the controller, the 3 playback controls are easily accessible and will allow you to quickly control the media that will be playing, which will most probably be streamed from the Amazons Instant Video service. This pretty much rules out the hypothesis that the Amazon game controller will be just a simple Android controller, and makes it more probable that it will be connected to something else, which will also be running Android.

So, let’s draw a line and sum it all up: we have a controller with all the classical buttons found on console controllers, with a few extras, which indicate that it will also have multimedia capabilities and will be somehow connected to Android. There are quite a few rumors and theories floating around, the most commons being that Amazon is also secretly working on a standalone gaming console or, most probably, that it will incorporate its features into the new set-top box that will be released in the near future.

While in the lack of any official information both theories are just as plausible, the latter one seems a bit more probable. Still, at this point it is all just hypothesis and speculation, so all it is left is to wait for the release of the said set-top box and see which theory is confirmed. Stay tuned!

The article is being authored by a regular blogger and writer Jason Phillips. He has written several articles on gaming and technology. At his free time he enjoys playing craziest games and his favorite site to play games is Truck Games 365. 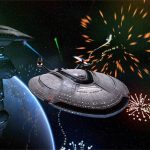 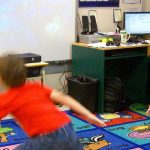 What role do video games play in the classroom?

What role do video games play in the classroom?