Whilst playing No More Zombies on the iPhone recently, I found myself trying to set a limit to my gaming. My limit was set to 100 residents. If I get to 100 people in my town I will stop playing, delete the game and get on with my life. Free of the distraction of stocking shops, building buildings and killing zombies I can discover the other delights of the mobile gaming world.

By 99 I knew the end was near and I was making my price with the world whilst secretly hoping that number 100 was far away. To my surprise, however, the illusive centennial resident was really far away. I continued to pack my shops full of goodies, made a shed load of money and killed more than my fair share of the undead. Yet the regular resident that appeared every few ‘minutes’ (in game time, not real time) failed to materialise.

This got me wondering. Is there a part of game theory that deals with checkpoints, achievements and round numbers in terms of exit points. Is there a shelf life for the casual gamer that can be manipulated to extend the general playtime?

In the old days a game had a beginning and an end, whereas now we have downloadable content which can extend the life of a game ten fold . What interest me though is whether game designers or testers look at ‘exit strategies’.  In business an exit strategy is a point in which the investor or owner has got all the best out of a business and leaves the company with money, shares or a general good feeling. I suppose in games with DLC the main exit point is after the main quest or story has been completed but with more endless games such as city builders, when is a good time to unplug?

After some time scouring the Internet for studies or papers to support my theory I was surprised to find nothing that helped. There is a lot online about rewarding gamers in order to keep their attention which I assume is the reaction to losing gamers. However there is little written about when and why they leave the comfort of the gaming world. So for the record, I would like to claim the study of exit theory in gamers as my own.

Gamers leave a good game for many reasons. The top five reasons are:

With further study and a whole host of questionnaires it might be possible to predict the most likely exit  points of a game and inject these sections with additional goodies to retain their attention. Being aware that you might lose some of your players at 100 residents might encourage game designers to be smarter when it comes to these exit points. 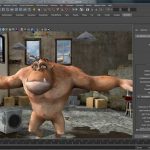 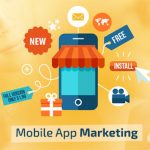