There are over a million apps in the Google and Apple stores and you’d think that with such choice the evolution of marketing would be complete. However it’s taken more than 4 years for the market to realize a middle ground.

If you take a look at app marketing’s very brief history you will notice that it went through 3 distinct phases, and that we are currently still in the 3rd one. Each stage clearly indicates how technology advanced in a short space of time, and how mobile users stopped seeing their devices as a novelty and started using them as a tool.

In the early days of app marketing Apple dominated, but following android’s explosion into the market and the availability of 3rd party apps, Apple had to reassess its objectives and strategies as the marketing playing field became more of a minefield.

At first the emphasis was largely on volume and how many people could be encouraged to download a specific app, by any means necessary. This then indicated the popularity of an app but did not serve to illustrate how many people actually made use of it.

At around 2011 there was a shift and app marketing not only focused on volume, it turned its attention to performance tracking and quality, and incentivized apps were recalled. Marketing of apps then shifted focus on to how the app could offer the user an enhanced experience and the benefits offered, and rather than just simply racking up statistics, app marketing became more customer centric.

It’s safe to say that recently the focus shifted once again and value and ROI became top priorities.  With brands such as MobileCasino.co.nz offering apps that rivalled the online offerings, users have become accustomed to downloading programs that offer longevity.

It seems that these 3 phases were spurred on not only by technological advancements but by mobile marketers realizing that if the app industry was to have staying power it needed to offer users an experience that would keep them engaged , whilst still being monetized in some form or another. Whilst many apps are free to download, users may have to pay for add-ons or additional game features, or be subjected to in-app advertising. For now it seems that the evolution of app marketing has reached a level plane, but whether it stays there remains to be seen. 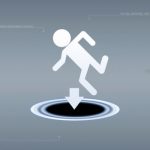 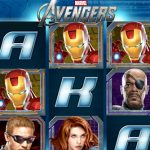